Your shopping cart is empty!

Login
Search ×
Recent View Products ×
Has no content to show !

The streamlined design of the 3D Calibar Technology Platform badminton racket is designed to exude power. Like a vast ship splitting the oceans in half or a war machine dominating toward a victorious battle, these rackets will bring out your most commanding shots. Featuring a technologically advanced, geometric frame design, these badminton rackets are built to significantly reduce air resistance. What often happens for shuttlers of all ages is they increase their swing speeds and achieve stronger smashes while using the 3D Calibar rackets. They can help any player achieve his or her maximum power and Li-Ning has made choosing the right power racket simple.

Li-Ning realizes that players utilize their power shots differently, so look for the 3D Calibar badminton racket that best complements the type of player you are:

DRIVE: For fast players who can switch quickly between offense and defense these rackets feature a stiffer shaft and highly-elastic head.

BOOST: For well-rounded, experienced players these rackets are built with a moderate balance point and medium shaft.

COMBAT: For strong, aggressive players who want to maximize their power, these rackets are designed with a heavier head and higher balance point.

INSTINCT: For players who want to combine a lightweight racket with aggressive speed and agility, these rackets have flexible shafts and weigh less than 80 grams. 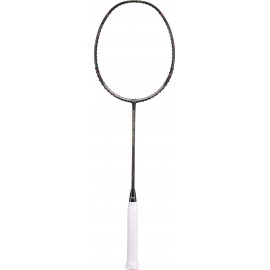 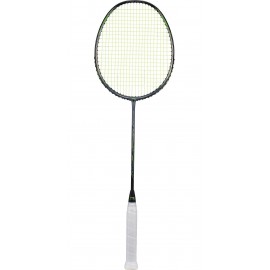 Added to cart successfully. What is next?